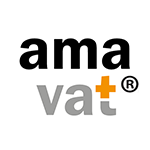 The Organisation for Economic Co-operation and Development (OECD) released a request for feedback on further work on ‘Base Erosion and Profit Shifting Action 1’, on addressing the international tax challenges raised by the digitalisation of economic activities.

This request for input was released soon after ten EU countries, led by France, Germany, Italy, and Spain, threw their weight behind the notion of an ‘equalisation tax’ on digital companies that are subject to a low tax liability or an alternative measure.

The OECD’s ‘Final Report’ on ‘BEPS Action 1’ report, on addressing the tax challenges of the digital economy, was published in October 2015. This report documented business models, present challenges for international tax policymakers. Nonetheless, the report also accepted that it would be difficult, if not impossible, to ‘ring-fence’ the digital economy from the rest of the economy for tax purposes because of the increasingly inescapable nature of digitalisation.

In the context of direct taxation, the 2015 report reflected a new tax interconnection concept of “significant economic presence”, the use of withholding tax on certain types of digital transactions, and a “digital equalisation levy”. None of these possibilities were endorsed for implementation, although it was recognised that countries could introduce any of these options in their domestic laws, as supplementary safeguards against BEPS, providing they appreciated existing tax treaties and international commitments. Instead the OECD recommended instead that other areas of its BEPS Action Plan would address the digital economy, such as Actions 3, 6, 7, and 8-10, and put forward indirect tax proposals instead.

However, the OECD is now re-examining the work on direct taxation, which has seen increased focus from the EU. It has precisely asked for opinion on the design of an “equalisation levy” and proposals for digital permanent establishment rules. It seeks comments on the impact of digitalisation on business models and value creation, challenges and opportunities for tax systems, and on the execution of the measures outlined in the BEPS package.

Comments were received before 13 October, 2017.

amavat® provides a ‘one-stop-shop’ solution for VAT Compliance within Europe. We assist clients with a single point of contact that speaks their language and handles all VAT related issues with a standard and cost efficient approach.