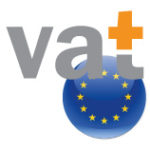 Towards the end of 2017 the European Commission released new tools intended to make the European Union’s value-added tax system more resilient to fraud.

The package comprises of numerous changes to how Member States will communicate and co-operate with one another, it will modify the mandate of law enforcement agencies, and it will establish a new European Public Prosecutors Office.

VAT fraud is estimated to cause losses for EU Member States of approximately EUR50bn ($59.2bn) each year and there are growing fears that terrorist organisations are branching out into carrying out value-added tax fraud schemes to fund their activities.

According to the Commission, the plan will enable Member States to communicate quicker to challenge fraudsters, as fraud can happen nearly instantaneously. The proposal would put in place an online system for information sharing within Eurofisc, a network that connects anti-fraud experts from the EU Member States. This system would enable Member States to process, analyse, and audit data on cross-border activity to make sure that risk can be evaluated as quickly and accurately as possible. New powers would also be given to Eurofisc to co-ordinate cross-border investigations.

To improve the capacity of Member States to check cross-border supplies, joint audits would allow officials from two or more national tax authorities to form a single audit team to combat fraud. The Commission said this is particularly important for cases of fraud in the eCommerce sector.

These new methods would open new lines of communication and data exchange between tax authorities and European law enforcement bodies on cross-border activities suspected of leading to VAT fraud: OLAF, Europol, and the newly created European Public Prosecutor Office (EPPO). Co-operation with European bodies would allow for the national information to be cross-checked with criminal records, databases, and other information held by Europol and OLAF, in order to recognise the real perpetrators of fraud and their networks.

Many of these measures will help Member States and law enforcement agencies to better tackle carousel fraud, which costs Member States tens of billions in revenue each year. Carousel fraud involves a fraudulent seller charging VAT, but not remitting that VAT to the relevant tax authority and vanishing. The name of the fraud is derived from the typical circular chain of transactions set up by the criminals to maximise profits, and often entails sham paperwork and the creation of temporary companies to engage in the trades. In order to hide the fraud, the circle sometimes involves compliant honest traders.

The measures announced today would have a profound effect on how member States exchange information around cross-border VAT fraud in the EU, allowing them to consolidate information on the businesses taking part in this activity in different countries and to investigate suspicious activity more easily. Once agreed, the rules would put in place a mechanism by which member states would be able to jointly process and analyse data on VAT fraud via the Eurofisc network of member state experts. At the same time, member states would be able to jointly audit and assess companies operating cross-border where there is reason to believe that fraudulent activity is taking place. EU countries would also be able to send officials abroad to assess cases of VAT fraud in other member states where their country has been losing out on tax revenues.

EU Tax Commissioner Mr Pierre Moscovici has said that he is pleased that Member States will “adopt a meaningful, objective, and transparent” list of non-cooperative tax jurisdictions, which will be published.

In a 30th November, 2017 speech, Moscovici confirmed that the list will be published, when European finance ministers will meet to discuss it. He said that the list will “represent a first but major step forward in our fight against tax havens, tax fraud, tax evasion, and profit shifting.”

Moscovici stressed that the list is drawn up by EU Member States, and is not a legislative proposal from the Commission. He said that the list will be Member States’ responsibility, and that “it will be their credibility that is at stake.” Moscovici did however state that that the Commission is willing to act as a watchdog to track how the commitments made by third countries are being put into practice.

More than 90 countries have been “screened” as part of the process of drawing up the list. Screening is intended to be a continuous progress.

Moscovici said that citizens expect that the listing process will be objective, serious, and rigorous. He clarified that there will be “a blacklist,” and that there will also “be a zone” – the colour of which he would not specify – “that will be cautiously watched.”

According to Moscovici, the listing process has already “created a new constructive dialogue” with the third countries which were screened. He clarified that these jurisdictions have “engaged in a dialogue with the EU; some of them have actually changed their legislation to align with our criteria of tax good governance; others will do so in the coming months and have committed to do so.”

Moscovici also made it clear for the need for operational sanctions. He said that the “definition of dissuasive measures against those who have not co-operated will be crucial,” and that without sanctions, “third countries will not have the incentives to engage more constructively with the EU in order to get out of the list.”

The OECD has published further guidance on the implementation of the country-by-country (CbC) reporting requirement recommended under Action 13 of its ‘Base Erosion and Profit Shifting’ (BEPS) project.

This guidance, issued towards the end of 2017, addresses the following issues: how to report amounts taken from financial statements organised using fair value accounting, how to treat a negative figure for accumulated earnings in Table 1, how to treat mergers/acquisitions/de-mergers, how to treat short accounting periods, and the definition of total consolidated group revenue.
Releasing the guidance, the OECD said: “Since the BEPS Action 13 Report was released, jurisdictions have made great efforts to establish the necessary domestic and international legal and administrative frameworks for the filing and exchange of CbC reports in accordance with the Action 13 minimum standard and the global landscape for CbC reporting by MNE groups is still evolving.”

“This initial period may be challenging for both tax administrations and MNE groups seeking to be compliant with CbC reporting, which may call for a pragmatic approach that takes into account best efforts made to comply with CbC related obligations. These challenges should diminish over time, as the global landscape for CbC reporting becomes more settled and both tax administrations and MNE groups gain in experience.”

The CbC report is one component of a new three-tiered standardised approach to transfer pricing documentation proposed under Action 13 of the BEPS project. Under the framework, MNEs are required to provide aggregate information annually for each jurisdiction where they do business, relating to the global allocation of income and taxes paid, together with other indicators of the location of economic activity within the MNE Group. It also covers information about which entities do business in a particular jurisdiction and the business activities each entity engages in.

The EU has disclosed plans to give Member States greater power to vary VAT rates and to relax VAT rules for small businesses (SMEs).

The suggestions are part of a wider overhaul of the EU’s VAT system, which aims at the creation of a single VAT area. The EU’s collective VAT rules were agreed in 1992. According to the European Commission, the rules are out of date and too obstructive.

Today we are taking another step towards creating a single VAT area for Europe, with simpler rules for our member states and companies. These proposals will give EU countries greater freedom to apply reduced VAT rates to specific products or services. At the same time they will reduce red tape for small businesses operating across borders, helping them to grow and create jobs. In short: common rules where necessary for the functioning of the internal market; and greater flexibility for governments to reflect their policy preferences through their VAT rates,

Under the existing rules, EU Member States can apply a reduced rate of as low as 5% to two distinct categories of products in their countries. A number of Member States also apply precise derogations for further reduced rates.

The Commission has suggested that, in addition to a standard VAT rate of a minimum 15%, Member States should be able to put in place:

The present list of goods and services to which reduced rates can be applied would be eliminated. It would be replaced by a new list of products to which the standard rate of 15% or above would permanently be applied.

To safeguard revenues, Member States would be required to ensure that the weighted average VAT rate is at least 12%.

The second prong of the proposals focuses on SMEs. EU Member States are presently allowed to exempt sales of small companies from VAT, provided that they do not exceed a given annual turnover. The turnover threshold varies from Member State to Member State.

The Commission said that although the existing exemption thresholds would remain in place, it would announce:

The Commission said that businesses trading cross-border face 11% higher compliance costs to those trading only domestically. It estimates that overall VAT-related compliance costs will be cut by as much as 18% per year as a result of the alterations.

The Commission’s plans will now be submitted to the European Parliament and the European Economic and Social Committee for discussion, and then to the European Council for acceptance.
The modifications would become actual only when the switch to the definitive regime effectively takes place.