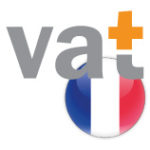 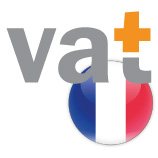 From 1st January, 2018 France is recommending to enforce the requirement for French registered companies to use certified VAT software on B2C transactions.

These proposals will include a requirement to use licensed and secure software and cash registers. Any violation of the obligations could result in a fine up to €7,000 per transgression. To begin with, only French resident businesses will be required to conform to the new obligations. Although foreign providers of accounting or cash systems are obliged to follow the new requirements and go through the authorisation process.

In the forthcoming months the exact requirements for the cash and software systems are to be defined, but should cover: limitations on changing transactions details, security, storage options, and archiving requirements.

This measure is trying to tackle fraud estimated to cost France €14bn per annum.

The OECD in attempts to boost the French nation’s economic growth prospects, has identified from its latest Economic Survey of France, as a priority, identified tax reforms.

Presenting this survey, the OECD Secretary-General Angel Gurria and French Minister of Economy and Finance and Finance Bruno Le Maire in Paris on 14th September, 2017 said that tax policy should support job creation, productivity, and a more “inclusive” labour market.

A large tax burden is required to support public spending in France, which, at 56.4% of gross domestic product (GDP), is the highest rate of spending as a proportion of GDP in the OECD, according to the survey. The survey said it imposes “heavy economic and social costs” in France.

“A long-term strategy is needed to reduce public expenditure, ensure debt sustainability and make room for further tax cuts and a simpler tax system, while safeguarding a high level of social protection”, the OECD advised, adding that such a policy would help job creation and investment.

Le Maire last month confirmed that the government will authorise for several tax measures designed to increase France’s tax attractiveness in the upcoming budget for 2018.

When addressing MEDEF, France’s main employer’s union on 30th August, 2017, Le Maire said that the government would proceed with several major tax proposals, including a corporate tax cut, the abolition of the ISF wealth tax, the replacement of the competitiveness and employment (CICE) tax credit with cuts in obligatory levies, and the simplification of capital gains tax.

amavat Europe provides a one-stop-shop solution for VAT obligations within Europe. We assist clients with a single point of contact that speaks their language and handles all VAT related issues with a standard and cost efficient approach.

If you have any queries or questions, please do not hesitate to contact amavat Europe.