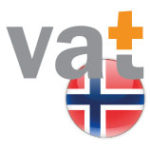 In October, 2017, the Norwegian government presented its plans for the 2018 budget declaring an increase of the super reduced rate from 10% to 12%.

If this proposal is finalised, then it will increase and come into effect from 1st January, 2018.

Norway is on course to announce Standard Audit File for Tax (SAF-T) reporting requirements from 1st January, 2018. The detailed, electronic transaction reporting requirement, adopted across many EU Member States, will provide the tax authorities with details of VAT transactions for audit purposes. To begin with, companies will only be obligated to present SAF-T submissions to the tax authorities’ on-demand.

These Norwegian SAF-T requirements will primarily include the following: general ledger; accounts receivable; and accounts payable. The data will have to be provided to the tax authorities in XML format, extracted from the company’s accounting or ERP system. This information can then be filed through the public tax portal, Altinn.

All taxpayers will be required to prepare and submit SAF-T files, including non-resident VAT registered business, above the reporting threshold. At first, there will be a SAF-T sales threshold of NOK 5 million per annum – approximately EUR 500,000.00 per annum.

The OECD originally designed SAF-T, as an electronic protocol for sharing accounting and tax data between companies and the tax payer. Norway is planning to launch the second version, first piloted in 2010. A voluntary reporting version was introduced in Norway in January 2017.

VAT co-operation deal proposed by the EU with Norway

On 26th October, 2017, the European Commission released a proposal for an EU Council verdict on the signing of an administrative co-operation agreement between the EU and Norway, to support value-added tax (VAT) enforcement activities.

Originally, the negotiations on this agreement were launched in June 2015, with the Commission saying it would provide EU Member States and Norway with a firm legal framework to battle VAT fraud and support each other in the recovery of VAT claims.

As Norway is not part of the EU, any sale from a Norwegian business to a customer in the EU is reflected as an export from Norway. Norwegian exports are immune from VAT, but local VAT is added when goods are cleared through customs in the EU Member State of destination. Equally, a seller in an EU Member State should not charge local VAT on goods exported to a Norwegian customer, as Norwegian VAT is added when the goods are cleared through customs in Norway.

While different rules relate to cross-border supplies between the EU and Norway, Norway’s value-added tax system is largely similar to those in EU Member States and the country has also supported the EU greatly in recent years to tackle VAT fraud.

The EU hopes to exchange more VAT administrative co-operation pacts with other third-countries, being one of a number of initiatives being followed as part of its VAT Action Plan, declared by the European Commission in April 2016 to better tackle VAT fraud and evasion.